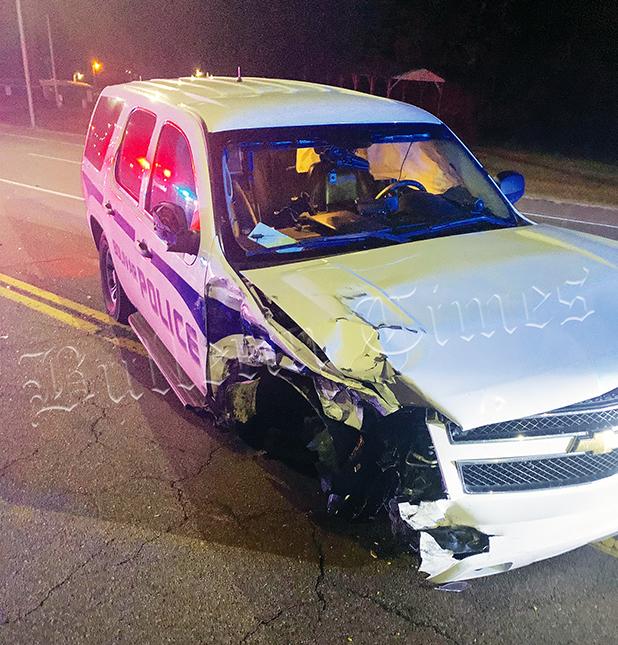 A Bolivar man is in jail following his arrest for filing a false report that contributed to a two-car crash of Bolivar Police Department vehicles.
According to the report obtained from the Bolivar Police Department, officers responded to 310 Sydney Circle for a burglary in progress after the caller stated his brother and his brother’s girlfriend were stealing his car.
Upon arrival at the residence, Mr. George Bonner of Bolivar stated that Mario Bonner and Robinette Anderson had stolen his white Cherolet Camero.
As the officers tried to recover the-thought-to-be-stolen vehicle, officers spotted the car at the intersection of Stevens Road and Market Street.
A subsequent attempt to turn around to conduct a traffic stop of the vehicle resulted in a crash between the two responding police vehicles, one driven by Officer Tony Parham and the other by Chris Wilkerson. Both had minor injuries and were transported to the Bolivar General Hospital Emergency room for evaluation.
After further investigation, it was determined that the vehicle belonged to Anderson and it was determined that George Bonner had filed a false report.