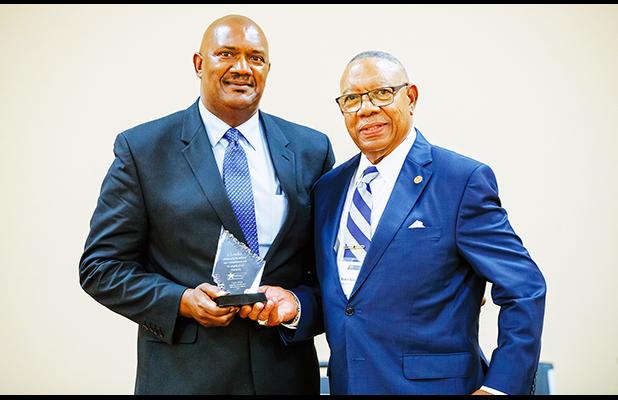 Bolivar Fire Chief Lynn Price won the African American Conference Outstanding Leader Award during the WestStar Leadership Program’s Annual African American Leadership Conference, held May 7 in Jackson.
Price was also named Fire Chief of the Year by the Tennessee Fire Chief’s Association in 2016. He has been specifically recognized for his work to make Bolivar the only city in Tennessee to be called a Firewise Community by the National Fire Protection Program in 2015.
The Outstanding Leader Award is given by WestStar each year to recognize the work of a local leader who has made a positive impact on his or her city or county during the past year. The nominee must have a strong record of leadership during the past five years in West Tennessee and be an active participant in the African American Leadership Conference.