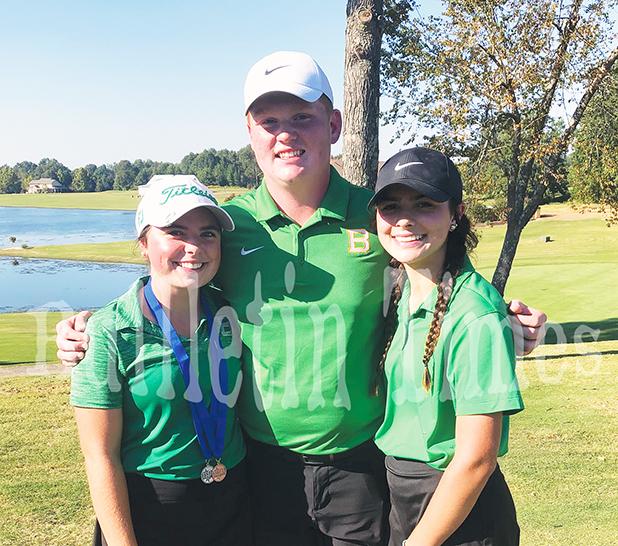 Two girls and a boy from Bolivar Central saw their seasons extended as they qualified for the TSSAA State Golf Championships to be held at Sevierville Golf Club October 7-8.

Both the boys and girls teams finished second at the regional, but only the region champion teams moved on to the state.

Carson Daniel fired a 73 to both win the region and qualify for the state as an individual, while Kendall Adkins shot 83 to finish third in the region to qualify. The final spot at the state tournament went to Becca Bryant, who won a playoff over Sadie Fry to advance. Both Fry and Bryant shot 103.

The boys teams shot a 335 score, led by Daniel with 73. Clay Strope had an 83, Tucker Parker an 87, and Tyler Pierce and Gunnar Barnes each shot 95. Chester County had 332 to win the region.

The girls total of 186 was 23 shots behind region champion Decatur County Riverside.

By:
Photo courtesy of Jordan Stack.