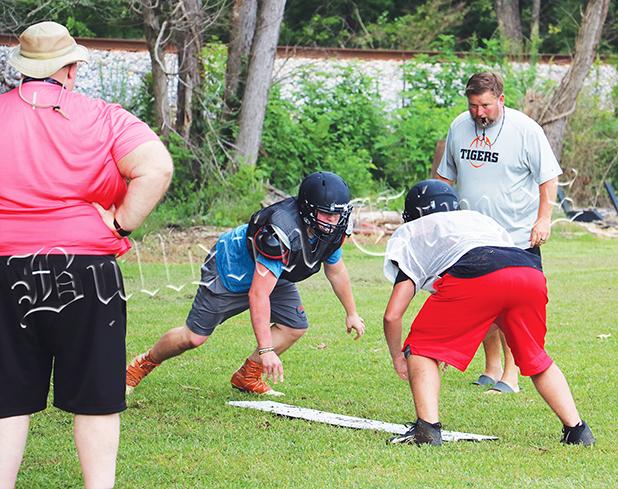 A new offense and a new region is what Middleton will be facing when their season begins on August 20 at Perry County.
“It’s been one of those summers,” said Middleton Head Coach Craig Harris, adding the loss of Luke Turner, their three-year starter at quarterback necessitated a change in offensive philosophy.
“We are changing to single wing. We don’t have a traditional quarterback, and we plan to use either Calvin Moses or C.J. Russell depending on what we are running.”
And even though the Tigers will face former region foe Perry County in the opening game, that’s where the 2020 schedule similarity ends.
“We are playing all Memphis teams for our region,” he said, saying Memphis is a challenge of its own.
“Since they have limited fields we may not know until Monday or Tuesday the week of the game if we are going to play Thursday or Friday.”
The other change is a common issue for teams playing in a Memphis region, just like the Tigers faced in 2020 when they played out of region.
“Scouting was impossible. The week we faced the Memphis Nighthawks, more than a half-dozen new players showed up just for our game,” he said.
But Harris said they will go forward.
“We will go forward and keep going like we normally do.”
Region 8 is Middleton, Westwood, Bluff City, B.T. Washington, MASE, and Middle College. The rest of the schedule is below.