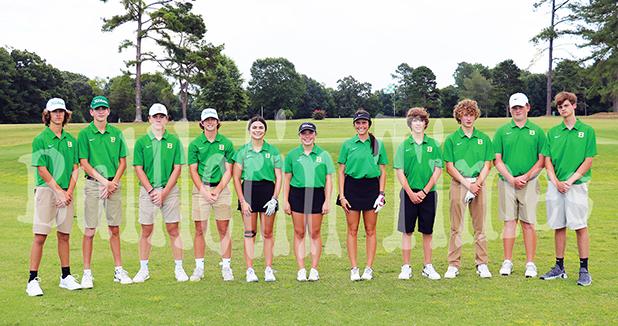 Bolivar Central Boys Golf got a couple of early season wins to get off to a good start on the season, beating Chester County at Chickasaw and McNairy Central at Hardeman County Golf and Country Club,
“I think we should be good,” said Head Coach Jordan Stack after the Chester County victory. “Scores should be better than that (173) throughout the year,” he added, noting his #2 or #3 player, senior Tyler Pierce was under quarantine and missed the match.
Clay Strope was the medalist at Chickasaw with a 40, while Carson Daniel at 41, Tucker Parker at 42, and Gunnar Barnes at 50 were used to complete the four-man total. Five players can compete, with the high score being thrown out.
Match number two for the Tigers saw them face McNairy Central at home and the Tigers needed a four-man total of 162 to give them a two-shot win over the Bobcats. Leading the way was Daniel with a 35, while Strope (41), Parker (43), and Barnes (43) were counted for the winning score.
“We had to play good to win,” noted Stack.
The girls began the year with a win over Chester, but fell to McNairy in their second match. Kendall Adkins led Bolivar with a 43 at Hardeman County Golf and Country Club after leading the team with a 51 at Chickasaw.
Bolivar will be at Adamsville on August 19.