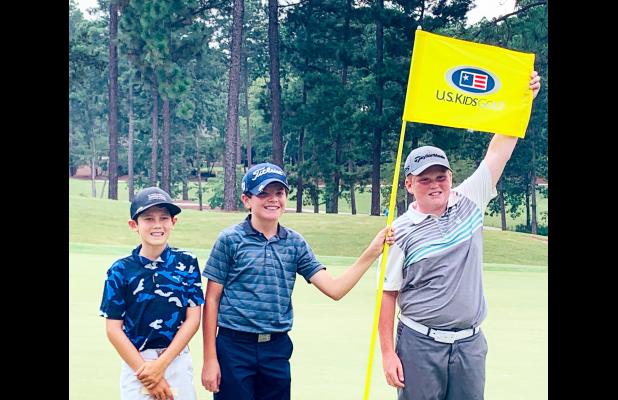 Carson Daniel of Bolivar shot 75-74-80--229 to finish in a tie for 35th in the 11-year old division of the USKids Golf World Championship at Talamore Golf Course in Pinehurst August 1-3.
The weeklong experience includes a Parent/Child Tournament, Team Challenge, Parade of Nations, three rounds of championship play and the Closing Ceremony. Following the three-day championship, the World Van Horn Cup – a one-day best ball tournament featuring the top twelve-year-olds from the United States squaring off against the top twelve-year-olds from the rest of the world – was contested on Pinehurst No. 2, which has hosted three United States Open championships in its history.
More than 1,500 players played in the championship, representing 50 countries.