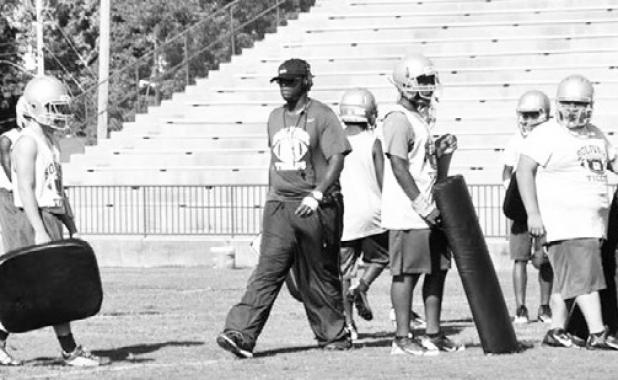 By Jennifer Smeltser It did not take Coach Woodrow Lowe, Jr. long to feel at home as head coach of the Bolivar Central High School (BCHS) football Tigers. Lowe was thedefensive coordinator of the  team in 2012, so he was familiar with some of the players and coaches when he stepped back onto the field in Bolivar. “I knew the type of talent that was here and I felt like it would be a good fit,” said Lowe. “The support from the administration and the community has been great!” Lowe, Jr. started his coaching career when he was 19 years old under the guidance of his father, Woodrow Lowe, Sr., who was coaching at Central Tuscaloosa High School in Selma, Alabama. Lowe, Sr. is an alumni player of Bear Bryant’s and a former NFL football player for the San Diego Chargers. "I was an assistant coach for my father’s team when I was in high school and while attending the University of Alabama. So, this is my 17th season coaching,” said Lowe, Jr., who mentioned he learned a lot from his father.  To view more please log in or subscribe to the digital edition. http://www.etypeservices.com/Bolivar%20Bulletin-TimesID502/