Phillip Dale Baker, 59, a native of Memphis and formerly from Bolivar, passed away Tuesday, Jan. 26, 2016.
Phil, a resident of Milton, Fla., will be fondly remembered as a man that never met a stranger.  When you met him it was like you knew him for years. He was a loving husband, father and grandfather, as well as a hard-working man. Phil was a boat captain with Jade Marine for 35 years. As he was traveling home from working offshore he was involved in an accident that claimed his life.  When he wasn’t working offshore, he and his wife had a side business, Gone Nutz, and worked the festival circuit.
Phil enjoyed hunting, fishing and his friendship with other members of the Milton Rodders, a group of car enthusiasts.  He also enjoyed reuniting year to year with friends on the festival circuit.
He was preceded in death by his parents, Dale and Virginia Baker of Tennessee. 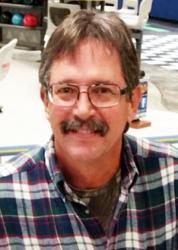