Dr. Louis Douglass "Doug" King, MD passed away Monday evening, Dec. 21, 2015 at his home in Bolivar.
A memorial service will be held Sunday, Jan. 3, 2016 at Shackelford Funeral Directors in Bolivar with William Walker officiating.
A native of Charleston, SC, he was the son of the late William Douglass and Ann Dorothy Marus King. The family moved to Memphis when he was a baby and he lived in Memphis and West Tennessee most of his life. Dr. King served his country in the US Navy from July, 1959 - July, 1962 and in the Naval Reserve until July, 1965. In 1975, he graduated medical school from The UT Center for Health Sciences. His residency in psychiatry was completed in 1978 and his fellowship in Child and Adolescent Psychiatry at Vanderbilt was served from 1987 - 1989. Dr. King was active in the practice of psychiatry through September of this year.
He enjoyed golf and pottery, loved animals and had an unquenchable thirst for educational attainment and achievement throughout his entire life. Dr. King was also an accomplished musician playing both guitar and piano. 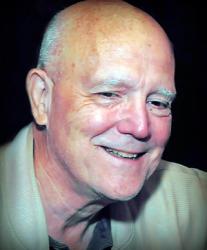