Damon Bernard Hawkins passed away on Monday Feb. 8, 2016 in Germatown, Maryland.  He was born Sept. 29, 1974 in Washington D.C. to Inell Hunt Manley and Bernard Malvin Hawkins Jr.
Funeral service were held Sunday, Feb. 14 at Rivers of Life Ministries-Grand Junction.  Burial was in the Pleasant Grove Church Cemetery and Dixie Funeral Home www.dixiefuneralhome.com was in charge of the professional service.
Damon accepted Christ at the early age of 10, baptized Sept. 1, 1985 under the leadership of Pastor June Dowdy at Pleasant Grove Missionary Baptist Church.  As a youth he  attended Sunday School every Sunday and Vocation Bible School annually.  Damon never failed to participate in the church annual programs.
Damon was educated in the Hardeman County School System, graduating from Middleton High School in 1992. After graduation, Damon worked at Troxel Manufacturing, Wedco,  and numerous other employments until his health failed.  In 2013, Damon relocated to Washington D.C. where he was re united with his paternal family. 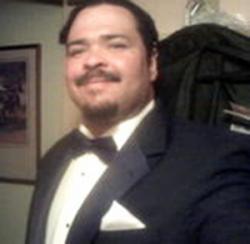