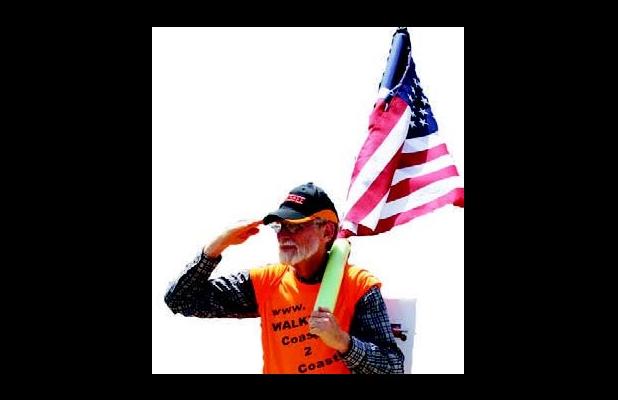 ‘One step at a time’

By Amelia Monroe Carlson Walter “Chick” McGill, pastor and Vietnam Veteran, is making his way across the country on foot,carrying the American fl ag  and saluting citizens. Mc- Gill has combined his military background of love of country and saluting as a sign of respect, with his Christian values and desire to tell others, in the hope many will receive his message. The journey, which initially began approximately one year and a half ago with planning and preparation, took its fi rst steps from Kill Devil Hills, North Carolina on April 23 (his 19th wedding anniversary) and has made it a third of the way to the fi - nal destination of Santa Monica, California. “God called me to walk from coast to coast,” said McGill. “We started, with a kiss and a prayer.” McGill, 68, is originally from the McNairy County, Tennessee and northern Mississippi areas and said his goal is to bring Christians together as ‘one’ again. To view more please log in or subscribe to the digital edition. http://www.etypeservices.com/Bolivar%20Bulletin-TimesID502/