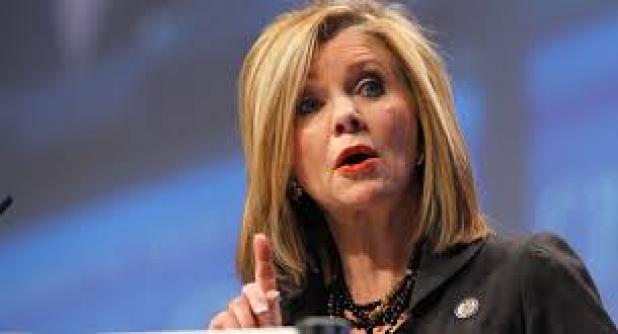 “The discussion today was not about videos or women’s access to health care. It was about our most basic right – the right to life. It was also about doing what taxpayers sent us to Washington to do,” Congressman Marsha Blackburn said. “It was also about continuing the process to protect our most vulnerable.”

Blackburn addressed the members of the House of Representatives on Friday, September 18, prior to votes being cast on the bill.

“I do want to remind all my colleagues we’re not discussing government shutdown. What we are talking about is a bill that would withhold funds from Planned Parenthood for a period of a year while we have an investigation. Now I know they’ve called this a smear campaign. We are investigating the operations of Planned Parenthood. Planned Parenthood is big abortion in this country…300,000 abortions a year as opposed to 1,800 adoption services. Ninety eight and a half percent of all women who go there for prenatal services, it is an abortion,” Blackburn said. “There is reason to review how they use taxpayer funding and we are justified in withholding taxpayer funds until we finish that.”

Blackburn addressed the names and attacks made by supporters of Planned Parenthood toward those working to defund and investigate the organization.

“Our colleagues have chosen to say that we are radical, dumb, disrespectful, foolish, extremists, deniers, deprivers, mean spirited and beating up on women. Think about that. All because we stand for life, for liberty, we stand for life rights, a first right, and these are the names that you attach to people who defend those rights,” Blackburn said.

Blackburn said abortion and the issues with Planned Parenthood were not about anything other than recognizing life and defending those who cannot defend themselves.

“I went to a baby shower on Saturday. An excited grandmother said ‘meet my granddaughter.’ It was an ultrasound. A 3-D ultrasound. Her name is Jessica. That is a baby with a life and Planned Parenthood is aborting 300,000 of those lives each year. It is time for taxpayer money to be withheld,” Blackburn said.

In a letter from Dana Singiser, VP for Government Relations and Public Police for Planned Parenthood (PP), to all members of the House of Representatives, Singiser said the attempts to defund PP was an attack on women and the government had no business telling women where they can go for treatment and minimizes PP’s involvement in selling fetus parts after abortions.

“Politicians have no business telling women where they can and cannot go for cancer screenings, birth control, HIV tests and other care,” wrote Singiser. “H.R. 3134 is a politically motivated attack on the nation’s leading reproductive health care provider motivated by discredited and false allegations about Planned Parenthood’s minor involvement in fetal tissue donation. Of the hundreds of health centers that are part of the Planned Parenthood network, just one percent are involved with fetal tissue research and only in two states.”

In a 248-177 vote, the House of Representatives passed the bill which stops funding for Planned Parenthood’s services such as contraception, pap smears, and testing for sexually-transmitted diseases unless the organization stops performing abortions. The bill will need to receive support from the Senate and then will be headed to President Barack Obama’s desk but Obama has vowed he will veto the bill if it reaches his desk. The division could set the stage for a possible government shutdown since some congressional Republicans have said they would not vote for any budget that included Planned Parenthood funding.