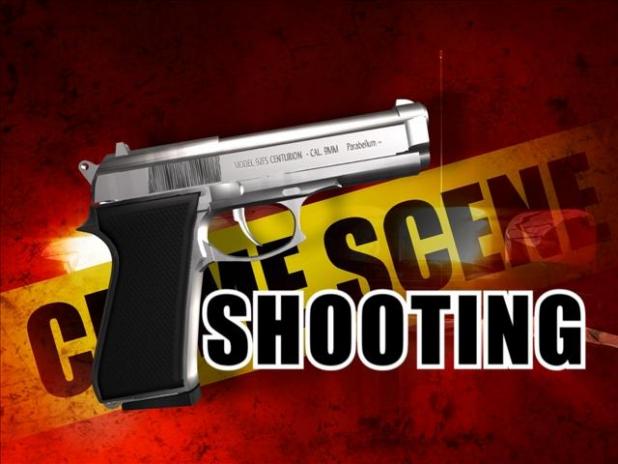 Gunshots ring out throughout Bolivar

Bolivar Police authorities have been busy as they have been covered with shootings and 'shots fired' calls throughout Bolivar within the last week, particularly within the last 48-72 hours. One individual was sent to the ER with a gunshot wound on August 20 and other shootings caused numerous property damage throughout this week.

At approximately 8:22 p.m. on Tuesday, August 25, Bolivar Police were flagged down by multiple individuals on Elm Street in Bolivar and one resident informed police someone had shot into her residence.

“Once on scene, I observed a bullet hole in the window to the door underneath the carport. Once inside the residence, I observed several bullet holes in the living room window and several bullet holes in the kitchen walls as well,” reads the police report, completed by Sgt. Chris Burkeen. “I spoke with [victim named removed for safety] who stated that he was underneath the carport playing Dominos with (two minors, names removed), [victim] stated that a red laser light came into the carport and then several gunshots rang out.”

According to the police report, officers discovered shell casings across the street of the residence on Elm Street. Officers recovered multiple 9mm shell casings and 380 caliber casings in the yard. However, officers said there are no witnesses who have come forward and informed police of any suspects.

Moments later, at 8:29 p.m., officers were dispatched to Daisy Circle regarding a vehicle being struck by a bullet.

“Upon my arrival, I spoke with the complainant [victim named removed for safety], who stated that while she was driving south bound on Margin Street near the area of 709, she heard several gun shots and that a round struck her car,” reads the report. “She then continued down Margin Street at a high rate of speed then turned onto Lee Street and stopping at Daisy Circle and Fairgrounds. The vehicle had a single bullet hole in the right front fender.”

The driver’s son son was in the vehicle when the shooting occurred.

Less than an hour after those two shootings, police were dispatched at 9:04 p.m. in reference to shots fired.

“Once on scene, I spoke with [victim named removed for safety], who stated she was inside the residence with her husband and their two month old child when she heard several gunshots come through her living room window. She stated they hit the floor and took cover,” reads the report. “I observed and recovered approximately nine 223 casings in the roadway on Tisdale Street. [victim] stated he doesn’t know of anyone who would want to do this because he is staying out of trouble and just stays at the house. I observed several bullet holes in the living room window, living room TV, and several bullet holes in the walls of the living room and dining room.”

Police identified a suspicious vehicle and pulled the vehicle over and searched the car on Wednesday, August 26. After the search, police arrested a 17 year old juvenile for aggravated assault and confiscated a handgun from him due to the gun being in the vehicle and other evidence being discovered. The juvenile was already facing gun charges in juvenile court but had not been to court yet on those charges. After his arrest by police, juvenile officers sent the child home on house arrest until his court hearing.

Police authorities said they are making arrests but the individuals responsible are let back out on the streets by the courts to continue committing crimes. The shootings, according to police reports, have put multiple juveniles and children at risk of being injured. Police said they have not received cooperation from anyone in the neighborhoods regarding the shootings.

A more complete breakdown of the shootings and investigation can be found in next week's Bulletin-Times.