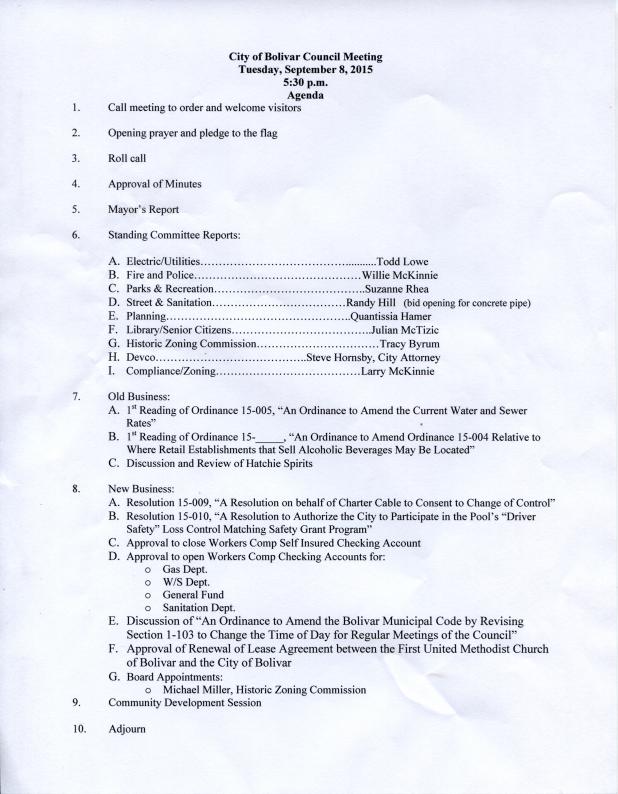 The Bolivar City Council is scheduled to address a multitude of issues according to the packed agenda for Tuesday night’s meeting, among them is an ordinance presented to amend the current ordinance regarding where retail establishments that sell alcoholic beverages may be located. Additionally, the council will be discussing Hatchie Spirits.

The long debate regarding a passage of an ordinance allowing liquor stores to operate in the city limits has been a continued discussion for the past few months at the council meeting. In spite of the ordinance passing a vote, council members are still opposed to the wording and some of the restrictions in the ordinance and have continued to fight against it.

In addition to the liquor ordinance, council members will also be discussing a proposed ordinance which is presented that will change the time of day for regularly scheduled council meetings from its current 5:30 p.m. time.

You can view the entire agenda for tonight’s (Tuesday) meeting to be held at the Bolivar Municipal Center here: