Republican Page Walley defeated former Tennessee Commissioner of Agriculture Jai Templeton to earn the Republican nomination for the District 26 Senatorial Election in November.
The 26th district serves all of Chester, Decatur, Fayette, Hardeman, Hardin, Haywood, Henderson, and McNairy Counties.
Walley defeated Templeton 13,076-11,543, beating him in Hardeman County with 69% of the votes, and carrying Chester, Haywood, Henderson, and Fayette County. His margin in Fayette County was a whopping 74%, which was somewhat of a surprise as outgoing Senator Dolores Gresham of Somerville had endorsed Templeton in the final weeks of the campaign.
“It was a real honor to have earned support from people in this district, especially here in Hardeman County,” he said. “We look forward to taking our hopes and aspirations to the legislature.”
Walley served as a State Representative from 1990 to 2000 and is currently serving as a Bolivar City Councilman and Vice Mayor of the city. Walley said he would like to serve out his term on the city council, which expires next year.
Walley will face Civil Miller-Watkins, who resides in Fayette County, but has roots in Hardeman County. Miller is the daughter of Jerry and Lois Bernice Marshall Miller and the brother of former Bolivar City Councilman Mike Miller. Miller-Watkins ran unopposed in her primary for the Democratic nomination.
If Walley were to win, he would be the first State Senator to call Hardeman County home since A.O. Sipes, who served as the Democratic State Senator from 1956-1960. 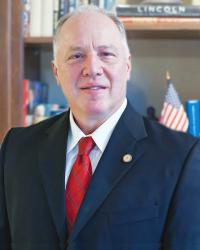