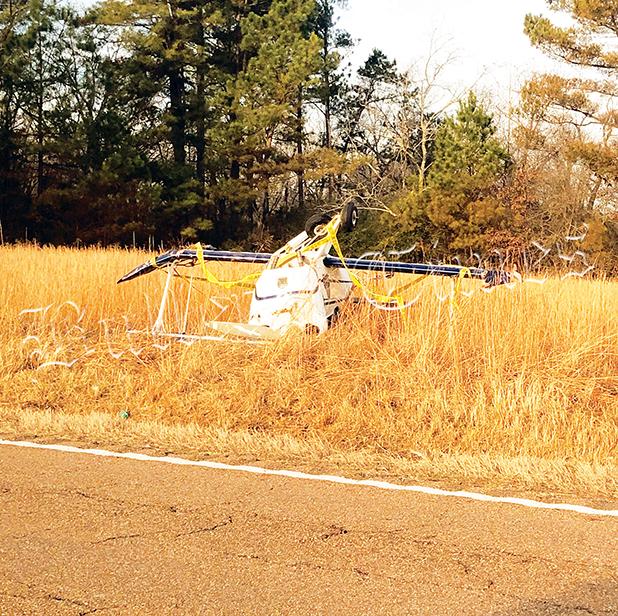 A single engine fixed prop aircraft crashed as it attempted to land on Highway 18 near Buster Woods Road between Middleburg and Hickory Valley on December 19.
The pilot, Eric Mingledorff, 73, of Cordova, told Hardeman County Sheriff John Doolen and reporting Deputy Wesley Lovelace that he had engine problems and realized he would not be able to make it to the Hardeman County Airport. He then made the decision to attempt to land on Highway 18, but caused damage to the nose, the tail, and wings. The crash was reported and dispatch sent out an alert at 4:35 p.m.
Mingledorff was observed with non-life threatening injuries to his forehead, bridge of the nose, and an injury to his left hand.
The Federal Aviation Administration and the National Transportation Safety Board were notified and will handle the investigation of the incident.