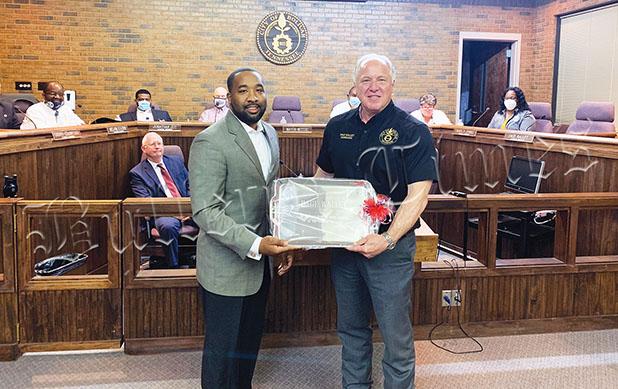 The election of Bolivar City Councilman Page Walley to the Tennessee Senate made for an immediate opening on the Bolivar City Council as the Vice-Mayor was no longer able to serve the city, even though the election results are yet to be certified.
“It’s not when I’m sworn in,” explained Walley to the city council. “They tell me I became the senator the moment I was elected.”
While Walley’s spot is up for election in 2021, a replacement will be elected to the council at the December meeting.
The deadline for resumes to be submitted to the City of Bolivar is noon on December 9. The council will attempt to vote for a replacement at the December 14 meeting.The replacement councilperson will serve until the May 2021 election.
With Walley’s departure, three nominees for Vice-Mayor ended with Councilman Larry McKinnie being elected with three votes. Both Larry Crawford and Carole Spinks each received two votes. Crawford and McKinnie voted for themselves, while Spinks voted for McKinnie. Councilman Todd Lowe was the third vote for McKinnie.