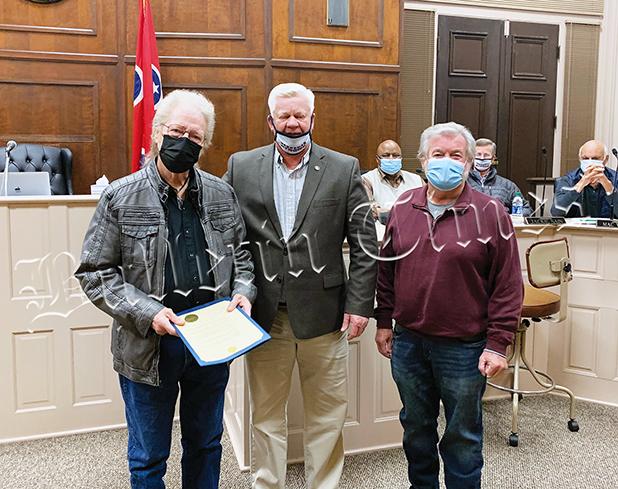 Lee McAlpin, originally from Pocahontas will have a portion of Highway 57 in Southern Hardeman County named after him by the Hardeman County Commission, honoring his years of accomplishments.
The road reaching from Peavine Road to the Pocahontas Post Office will be named The Lee McAlpin Rock and Roll Highway to honor former piano player for the Carl Perkins Band, his songwriting ability recognized world-wide and for his literary talents that have resulted in two books and hundreds of published writings.
McAlpin’s early years were spent in Pocahontas, which inspired “Tales from the Yellow House,” which appeared in the County Journal from 2010-2011 and still is published in the Bolivar Bulletin Times at various times. The compilation of stories was made into a book by the same name, published in 2011.
An accomplished musician, McAlpin toured the world with the Carl Perkins Band and has written songs performed by Eddie Arnold, Loretta Lynn, and the Wilburn Brothers. His song written for Adam Price made the Top 40 on Australian Radio.
McAlpin’s instrumental, Slabtown Boogie, was used in 2008 at the Beijing Olympics.
The highway designation will have to be passed by the Tennessee Legislature to become official.