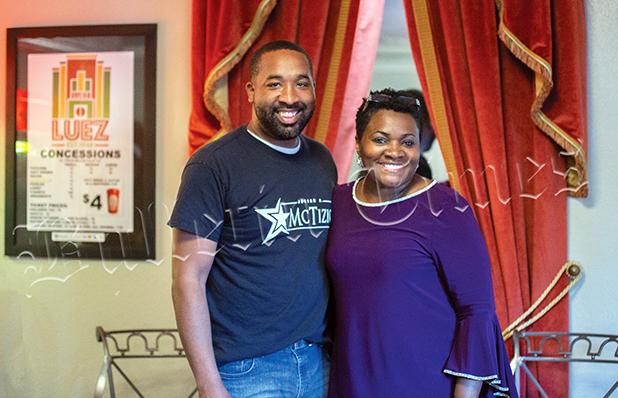 Caleb Minter of Bolivar debuted his video for the single, "While You're Still Living" at the Luez Theatre in Bolivar on May 8.
The single, which peaked on iTunes at #49 on the RNB/Soul charts, pays tribute to Caleb’s mother Ruby Harvey and all mothers around the world.
Bolivar Mayor Julian McTizic was happy Minter chose Bolivar.
“I think it is a great thing Caleb remembered his hometown by debuting his video here. We’re proud of his success.”
The video was directed by Adrian Javon, with set design by Darren Lykes and makeup by Ashley Horton. Acting in the video was Kayla Ross, Myles Murphy, Kylan Murphy.
"While You're Still Living" can be purchased in all digital music stores.