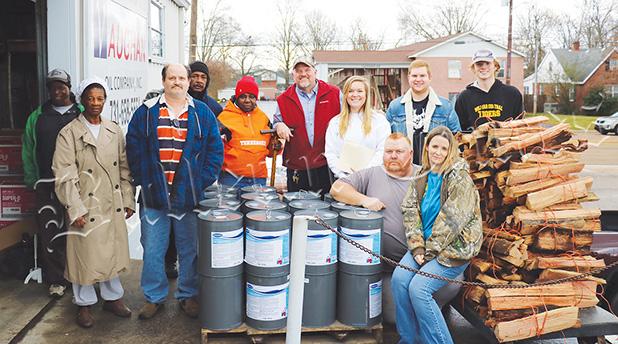 The Vaughan Oil Company completed their fourth year of the donation of kerosene to needy families on January 24, and adding a donation of wood to the same in coordination with the Hardeman County Mayor’s Office.
“It’s not enough to heat a home for the entire winter,” said Greg Vaughan. “But it helps people with some expenses,” adding the five-gallon buckets are getting harder and harder to find in the area.
Vaughan credited Tractor Supply in Bolivar for selling him the kerosene and Jason Nelms for the donation of wood.
The recipients of the donations were vetted through the Hardeman County Mayor’s office, which took applications during the month of January. Approximately a half-dozen drums went unclaimed on January 24 and Vaughan said those interested could come to Vaughan Oil. Company during office hours.