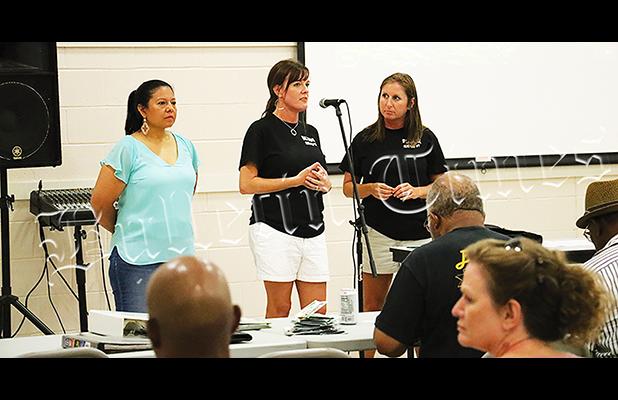 A group of almost 75 people gathered at the Hope Street Building in Bolivar to discuss the problem of youth violence in Hardeman County.
Calling themselves the Hardeman Wall Builders Coaltion, the group was formed to combat violence in the community, citing Nehemiah 4:14, which reads “Don’t be afraid of them. Remember the Lord, who is great and awesome, and fight for your families, your sons and your daughters, your wives and your homes.”
The attendees heard from More than a Few Good Men, Inc, a four-year old group from Milan that has worked “to serve as a lighthouse to young men in the community by teaching the importance of having a personal relationship with God.”
More than a Few Good Men, Inc, while promising a difficult task for community leaders to change lives, gave examples of breakthroughs through their mentoring program.
In March, Michael Ruiz of Bolivar was shot and killed during a robbery attempt at El Ranchito Mexican Restaurant in Bolivar. The subsequent arrests of 14 youths in connection to robberies in the county was the catalyst for the Hardeman County group.