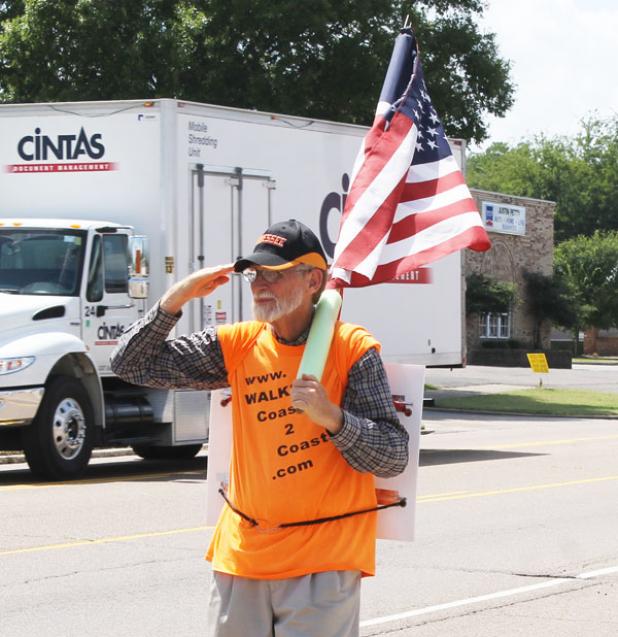 Pastor and veteran walks across the country

Walter “Chick” McGill, pastor and Vietnam Veteran, is making his way across the country on foot, carrying the American flag and saluting citizens. McGill said it is a call from God with a focus on promoting a new birth of freedom that Jesus Christ talks about. McGill said the Christians need to ‘major’ in their common ground of Jesus Christ, his sacrifice for the forgiveness of sins rather than concentrating on the differences.     Read the entire story in next week’s Bulletin-Times.