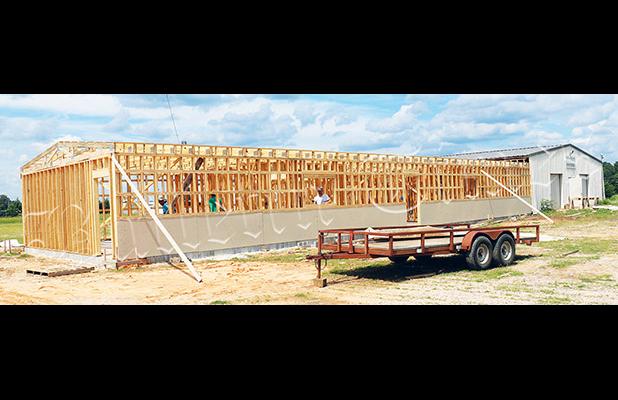 Next Stop: The Fairgrounds

Last time they moved, it was across the street. That was in the fall of 1977. This time, it will be across town.
The UT Hardeman County Extension Office will move for the third time in more than 50 years as they will call the Hardeman County Fairgrounds their new home this fall.
The Hardeman County UT Extension service has seven employees, with three coming from the University of Tennessee, two from Tennessee State University, and two from grants through the University of Tennessee.
“I’m very proud of the plans to turn the old ‘fairgrounds’ in to an AgriBusiness Center. The new home of the Tennessee’s Agriculture Extension Office is progressing nicely and the new Ag Cattle working facility has been bid out. We have big plans for September at the Center that includes the Tennessee Forest Festival, a fair, and a professional tractor pull,” said Hardeman County Mayor Jimmy Sain.
In 1977, the UT Extension moved from their home in the basement of the Bolivar Post Office, where they had been since the 1950’s, to 200 E. Market Street, where they remained until this year.