Kellye Cash, who is often known by her reign as Miss America 1987 or as the niece of country music singer Johnny Cash, will take the stage on Saturday, August 30 as the special guest of this year’s Fur, Fin & Feather Festival to be held Labor Day weekend at the City Park in Middleton. As Miss America, Kellye participated in numerous commercial, religious and civic engagements including performances with her uncle Johnny Cash, Lee Greenwood and Bob Hope. She has also made several television appearances including, “The Today Show”, “Good Morning America”, “The David Letterman Show”, “Hollywood Squares” and as a co-host of her own cable show called, “Let’s Talk West Tennessee.” To view more please log in or subscribe to the digital edition. http://www.etypeservices.com/Bolivar%20Bulletin-TimesID502/ 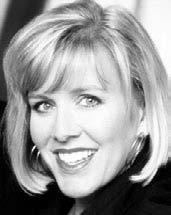