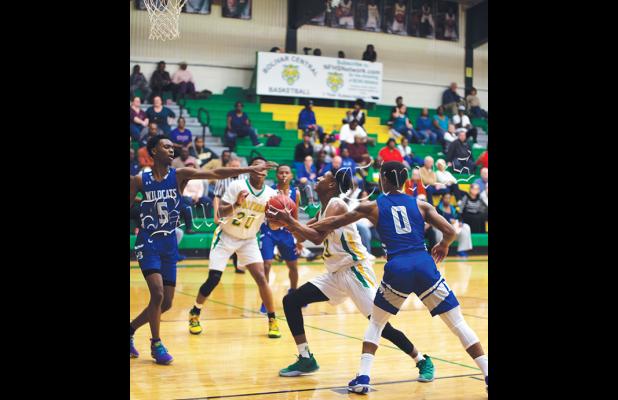 Work to Do in the Second Half

Three of Hardeman County’s four high school basketball teams are within striking distance of the top spot in the district, but each will need to have a better second half of the district schedule to get an opening round bye and an automatic berth in the region.
The Middleton boys are 3-3 in district 14A after falling to Humboldt on January 28, and are fourth in the standings out of six teams, three games behind leader Madison Academic, but only one game behind second place Trenton Peabody. Middleton’s game with Peabody on January 24 was postponed due to flu outbreak in Hardeman County. It has been scheduled for February 8.
Bolivar Central’s boys team is 3-3 in district as well, and most likely need no less than a sweep of the second half to catch 6-1 Fayett Ware for second place. The Tigers will face the Wildcats on January 31 at home.
The team with the best record through the first half of the district, the Lady Tigers of Bolivar are 4-2 and will need a victory over Fayette Ware as well on January 31 to have a chance to catch the second place Wildcats, who are 6-1 in league play.
Covington leads both the boys and girls district 15AA with 8-0 records.
The Middleton girls, who fell 70-33 to Humboldt on January 28, are 1-5 in the district, with a 3-13 record overall. Gibson County leads at 6-0, while Peabody is 5-1.