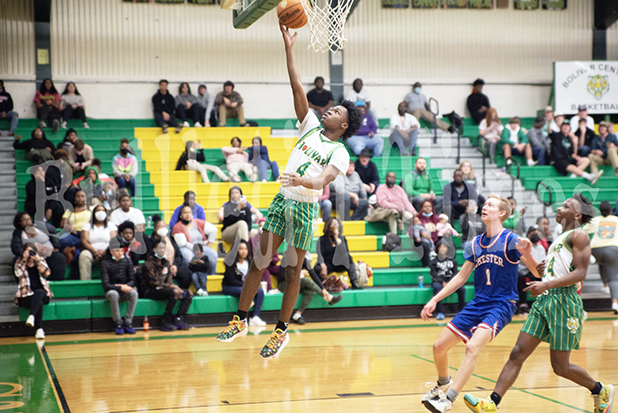 Bolivar Central got a sweep over Chester County on January 11, their first sweep over the Lady Eagles and Eagles in more than four years.

The Lady Tigers won their fifth game in a row to raise their record to 8-5 with a 59-49 win. Desiree Cross and Naveah Bunch scored 16 each and Chloe Griffin had 14 for the Lady Tigers who trailed by as many as ten in the first half but outscored the Lady Eagles 38-23 in the second. Cross hit 11 of 12 free throws on the night, most of them in the fourth quarter.

The Bolivar boys road a second half surge as well, outscoring Chester County 44-26 to win 74-54. Jamarion Anderson led Bolivar with 18, while Trey Stewart  had 17 as Bolivar improved to 6-7.

The last time Bolivar won a pair over Chester County was December 16, 2017 in Henderson as the girls won 68-65 and the boys won 79-64. Coming into the night, the Bolivar girls had dropped seven straight in the series.

Cancellations for COVID-19 and snow has seen Bolivar reschedule three games. They will be at Hardin County on January 19, at Middleton on January 24, and host Madison Academic on January 31.

By:
Photo by Heather Carlton.