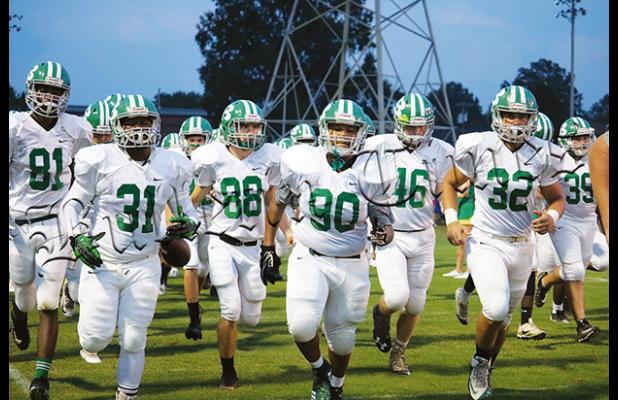 New Bolivar Central Football Coach Montrell Craft has only been at work as the head coach for a few weeks, but he sees a chance for good things from his squad.
“We have some key guys coming back in certain positions, such as the offensive line, where we have our most experience,” he began. “We are going to rely heavily on our running game and the offensive line.”
Craft, who was the Defensive Coordinator in his first year with the Tigers last season, has an eye on the defense as well.
“Not giving up the big play, and if they do score, they are going to have to drive the field. We are going to work on not giving up anything cheap.”
Craft said his decision on coordinators will be made when he gets his staff in place.
“Defense has always come naturally to me. As a player, I liked to hit people,” he said.
One of his early goals is to help his player become more aware of what is going on in each play.
“When you can think the game through, it slows the game down,” he explained. “This will be one of my biggest focuses this season, to get the kids to understand what it going on more so than just knowing what their assignment is.”
Craft thinks the future is bright. “It has very good potential. Our 2022 class is very good and our 2023 class of freshmen that are coming in now have good athletes and size. The potential is there.”
A 2005 graduate of Bolton High School, Craft went to the University of North Alabama where he was part of the second winningest class in school history, going 44-7. Craft, a defensive end who also spent time at defensive tackle, then went to the Canadian Football League for a year with the British Columbia Lions before being released. He returned to North Alabama and finished his degree in 2011.
Bolivar opens the season at Freedom Prep on August 23.