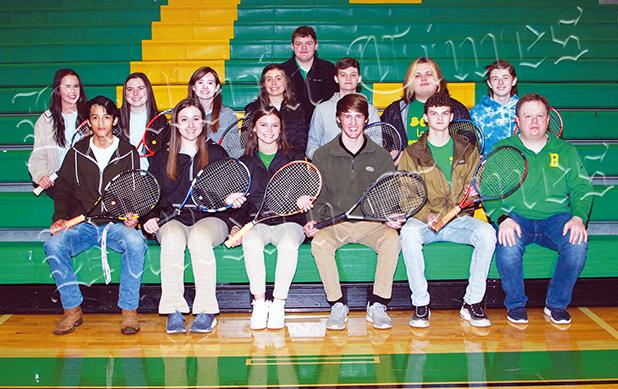 The Bolivar Central Boys Tennis team advanced to the District Final, and Head Coach Ian Wellons’ biggest problem with it is that he can’t remember when it last happened.
“We should have got there in 2015, but we got upset by Union City,” he said.
Bolivar got there with a 4-3 win over #2 seeded Lexington, getting singles wins from Chris Patton, Alex Maxwell, and Agustin Munoz. After a doubles loss, the match ended Patton and Munoz winning 8-6 to clinch a meeting with Chester County.
Wellons’ best guess was that the team last reached a district final in the 90s, and is thrilled to see the boys get this far.
“I am incredibly proud of the boy’s team this season. We had a rough start early on, but as the season progressed, the boys only improved. We’ve had teams make it to the district semi-finals before, but this is the first time as a coach I have been in the district championship. Chester County is the number one team in the district for a reason, but I know my boys will go out there and give 100%,” he said.