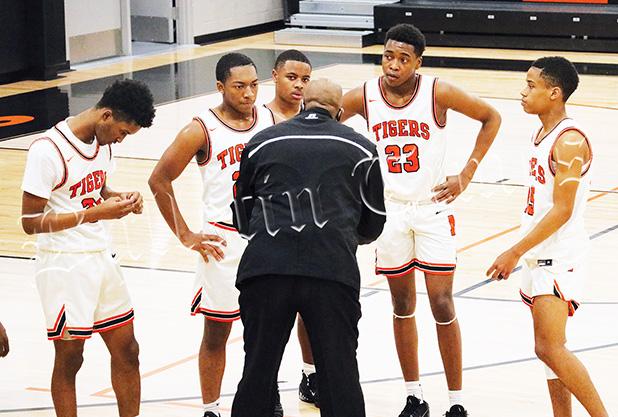 Teams Prepare for the Second Half

With just a few weeks left in the regular season, Hardeman County High School Basketball teams are trying to position themselves for home-court playoff games.
Most years, the first game of the district is a home game for the better seed, but in the light of COVID-19, all games in the district will give a home court advantage, making the regular season even more important.
The Bolivar Central boys team (14-5, 5-0) are in a position to get home-court throughout the district, but will have to go on the road for four of their last five district games to do it. Bolivar is one game ahead of Fayette Ware and Covington. Bolivar defeated Fayette Ware 76-69 on January 5, but have to go to Somerville on January 29 and have both games with Covington still to play. Bolivar’s first match up with Covington, set for January 8, wasn’t played due to Covington’s bout with COVID-19.
“We didn’t decide what to do at the district meeting,” said Bolivar Central Coach Rick Rudesill. “I asked that we make a decision if COVID-19 cancelled a game. But we didn’t and now we don’t know how we will handle it.”
Bolivar Central’s Girls need a strong second half to secure home court. The Lady Tigers (4-10, 1-4) will need to leap-frog Haywood to get the fourth seed and the home court. They face the Lady Tomcats in the final game of the season on February 12.
Middleton’s boys (7-6, 2-3) are currently in fourth place in District 7A, but still have games with fifth place Peabody and sixth place Halls left on their schedule, both on the road.
“We are trying to work on some things to get ready,” said Coach James Burkley. “We’ve been playing hard as of late, but we need to improve.”
Middleton’s girls (0-13, 0-5) are still looking for their first win of the season and will need victories in the second half of the district schedule to avoid traveling for their district tournament opener.