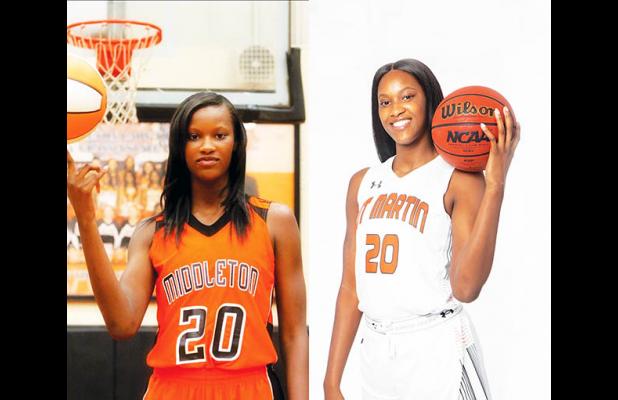 Former Middleton Lady Tigers and University of Tennessee at Martin women's basketball standout Chelsey Perry garnered yet another postseason recognition by being named the Tennessee Sports Writers Association Women's Basketball Player of the Year, as announced this week by the organization.
Perry adds this prestigious honor to her already loaded trophy case which includes WBCA Coaches' All-American honors along with claiming the Ohio Valley Conference Player of the Year Award and UT Martin Bettye Giles Female Athlete of the Year Award. The All-OVC first team selection also served as a finalist for the Beck Hammon Mid-Major Player of the Year Award while claiming a league-record eight OVC Player of the Week honors.
Perry burst onto the national stage with a record-setting junior campaign. Perry scored 740 points on the season to rank second in the NCAA (all Divisions) and first amongst all collegiate scorers in the State of Tennessee. She ranked first nationally in field goals made (286), second in total points (740) and third in both points per game (23.1) and field goal attempts (386). She also finished 11th nationally in blocks (86) and 17th in blocks per game (2.69).
Perry scored in double figures in the final 30 games of the season while posting 20 games with at least 20 points and nine games of 30 points or more. Her best game came against in-state foe Lipscomb where she scored a career-high 42 points which tied for the sixth-most points in the NCAA this season and marked an OVC season single-game high.
Other highlights from the year include joining the 1,000-point club against Austin Peay while tying the program record with eight blocks against IUPUI. She also posted six double-doubles while scoring 479 points in OVC to mark the most points scored in league play over the last 20 seasons en route to a league championship.