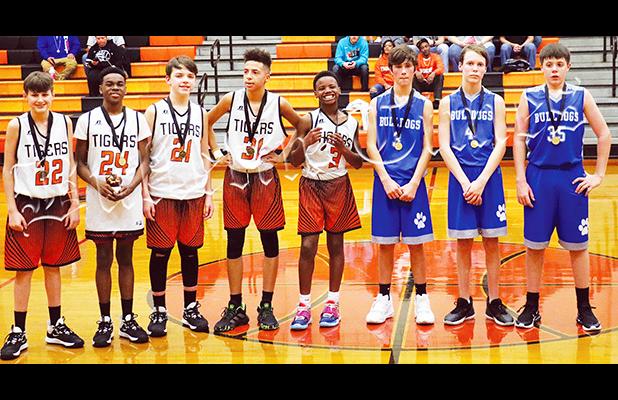 Chris Hardaway of Middleton scored 23 points to lead Middleton Middle School to a 55-22 win over Hornsby to take the Hardeman County Class A Basketball title at Bailey Howell Gymnasium in Middleton on January 9. Tucker Parker led Hornsby with 14 points in the loss.
Earlier in the tournament, Hornsby gained the final against Toone with a 38-32 win in Hornsby on January 7.
Both teams will advance to the next round, to be played later in the month of January against teams from McNairy County.