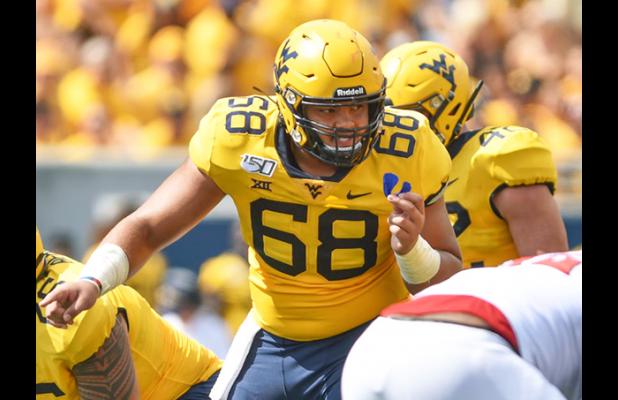 The first start since 1993 for a NCAA Power Five School for a football player from Hardeman County happened on Saturday, September 14 as redshirt freshman Briason Mays started at center of West Virginia University in their 44-27 home victory, a day that put Mays on the map for WVU fans.
The last football player from Hardeman County to start in a game at a Power Five school was Briason’s father, Brian who played for Ole Miss in the 1990’s. West Virginia had their best day of the season rushing, with 173 yards on the ground.
Mountaneer fans noticed, with credit being given at wvusportsnow.com
“Enough credit cannot be given to Briason Mays after his performance this afternoon. As a redshirt freshman making his first career start, he put out arguably the best performance of the three men who have made starts at center this season. Coming from the same high school as Trey Lowe, Mays was seen as sort of a happy benefit of bringing in the quarterback but thus far has been the more important of that duo. Moving to center just this spring following the departure of Matt Jones, he battled Chase Behrndt for the starting spot but neither made the start against JMU as Sills slid over from guard instead. After the abysmal performance of the line at Missouri, the coaches announced that younger players would be getting a chance to prove themselves in practice and in the game this week and it appears Mays did just that.”
Mays and former Bolivar Tiger quarterback Trey Lowe, who lists Collierville as his hometown, attend West Virginia University.
Mays is Majoring in Criminology, and is the son of Brian and Katina Mays of Bolivar.