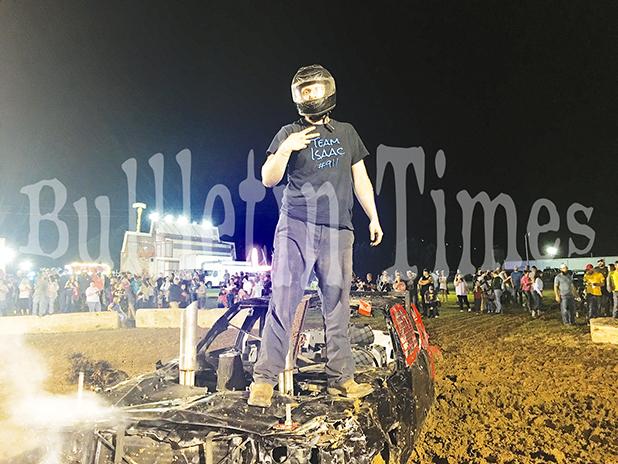 Lane Outlasts ‘Em All at the Derby

Isaac Lane’s 1980 Chevy Caprice was the only car still running at the end of the Hardeman County Forest Festival Demolition Derby on September 18, earning him $1200 on the night.

Lane, who lasted through two heats to claim the win, beat Kevin Kirks’s 1994 Chevy Impala and defending champion Harlan “The Hit Man” Williams’ 2002 Crown Victoria in the final heat, which only saw four of the six cars make it back to the arena for the final heat at the Hardeman County AgriBusiness Center.