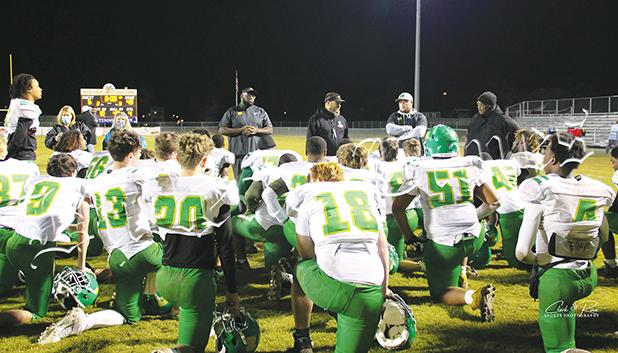 Bolivar and Middleton finished their seasons without a win on the field as both teams fell on the final night.
Bolivar (0-11 overall, 0-9 on the field, 0-4 in region, 0-2 in COVID games) were undermanned and South Gibson scored 42 first half points enroute to a 49-6 victory in Medina. The Hornets came into the game ranked #4 in the state.
Bolivar scored with a little over a minute left when Carson Howell threw an 8-yard touchdown pass to Josiah Clark. Both the touchdown pass and the touchdown catch were the first of each of their careers.
•••
At T.D. Owens Field in Middleton, the Tigers fell 42-26 to Perry County to end the year at 1-6 overall, 0-4 on the field, 0-5 in region, and 1-2 in COVID games.
Middleton, which was down to less than 20 players for their final three games of the season, trailed 6-0 at the end of a quarter and 14-6 at the half. The Tigers pulled to 28-20 with 7:56 left, but Perry County scored twice more to salt away the game.
The last season neither Bolivar Central nor Middleton won a football game was the 2005 season.