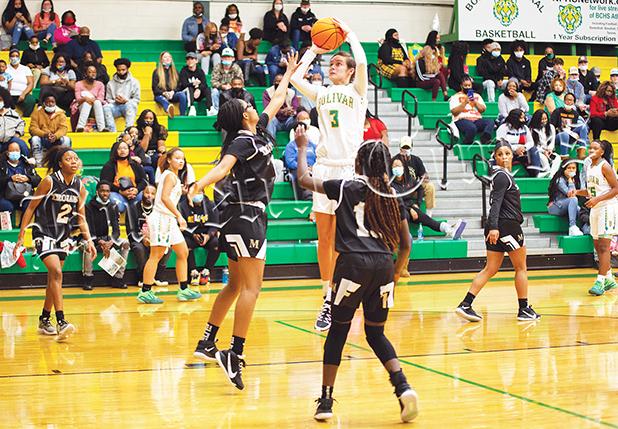 The Bolivar Central Lady Tigers have had few reasons to celebrate early in the 2020-2021 campaign, but Carley Daniel has made it her coming out party.
The past five games have seen the senior average 20 points and 8 rebounds, leading the team in both categories in each game while scoring 46% of the team's points.
"I wish we could figure out a way for her to pass to herself, for her to get the ball more," said Bolivar Central Head Coach Rick Rudesill after her 27 point 9 rebound performance against Millington on December 18. "She is really playing well."
Also, on December 18, Daniel was named Homecoming Queen by a vote of the Bolivar Central student body.