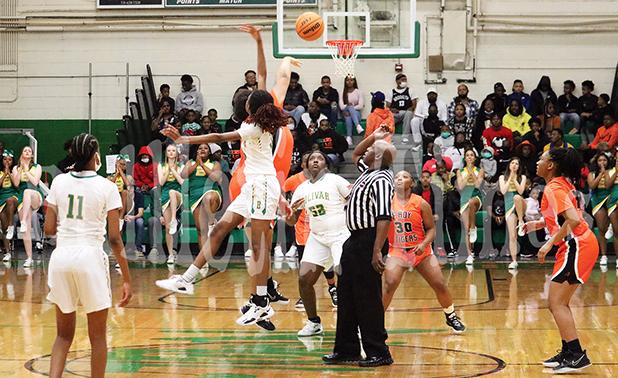 Bolivar and Middleton’s first meeting since 2009 resulted in both teams in the county seeing a reversal of fortune from the last meeting.

The Middleton boys, who fell in 15 of the last 16 meetings since 2001 and the last eight in a row dating back to 2005, got out to a 22-12 lead after the first quarter and never looked back, winning 81-64. Bolivar, who had averaged almost eight three-pointers per contest coming into the game, managed only two treys on the night.

Monkevio Phinnessee led Middleton with 18 and R.J. Robinson had 17. Also in double figures for Middleton were Dantrez Young with 15 and Jordan Stewart with 12. Bolivar had four in double figures as well, led by Dantrez Caldwell with 14, Jamarion Anderson and Jaquavious Poplar with 13 each and Trey Stewart had 10.

The last season the Middleton boys beat Bolivar, both went on to win the state championship.

The teams will meet again in Middleton on January 8.