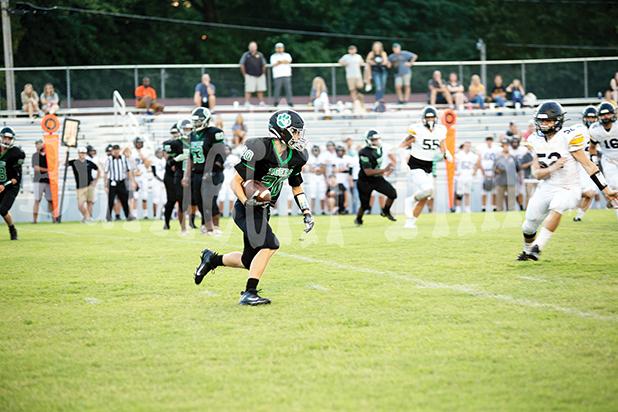 Both Bolivar and Middleton football teams put points on the board at home on opening night, but the defense wasn’t enough to prevent a pair of losses.

Quarterback Carson Howell led by Bolivar with 97 yards rushing and 188 yards passing with three touchdowns. Scotts Hill took advantage of two drives that began inside the Tiger 20-yard line in the first half. Bolivar outgained Scotts Hill 323-273, but the failure of special teams, most notably in the punting game, was the difference.

By:
Photo by Heather Carlton.