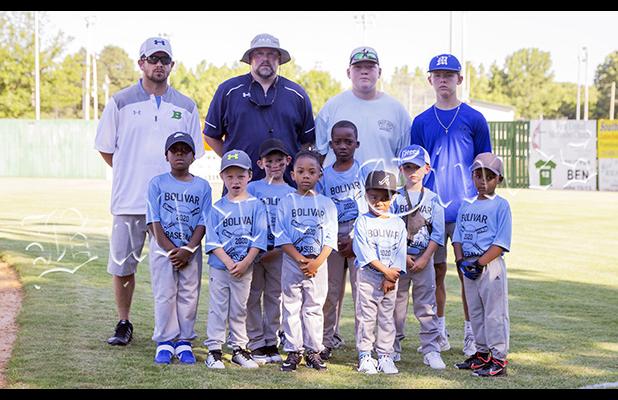 Chasing Perfection on the Diamond

The Bolivar Youth Association Baseball 6U team (see photo right) are on pace to become the second undefeated team in the last two seasons, but also only the second to achieve that feat in the last ten years.
The Blue team has outscored their opponents 59-16 in racing to a 7-0 record on the year. Their closest game was a margin of four runs, on June 18 in a 6-2 win over the Green team and a 7-3 over the Orange team on June 15.
Only one other team in the Bolivar Dizzy Dean or Dixie Youth Baseball League has finished undefeated since at least 2010, when The County Journal began keeping records of wins and losses in Bolivar Lions Club Baseball, which was Nelms Auto Body, who went 14-0 in 2019.
The 8U league got tighter this week, with the Blue team winning for the first time in five games, taking a 20-6 win over the White team on July 6 to get their record to 3-4 on the year, while the 12U league seems decided as the Gray team is at 5-1, well ahead of both the Blue and White teams at 2-4-1.