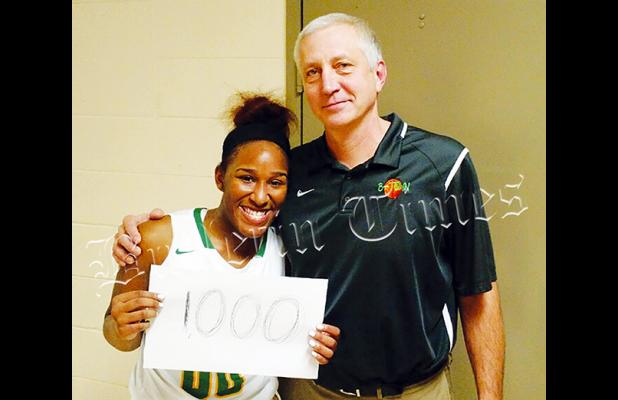 With a hard drive to the basket late in Bolivar’s 52-35 win over Fayette Ware on February 17 in the District 15A tournament, senior Kamya Brown eclipsed the 1,000 point barrier in her career.
“She came to us an athlete,” said Bolivar Central Coach Rick Rudesill. “And she became a basketball player.”
Brown’s 108-game career (which continues February 23 in the Region 8AA tournament) has seen her average 9.3 points per game with a career high this season of 14.4.
She scored 98 points in 28 games her freshman year, 154 points in 27 games her sophomore season, 389 in 28 games her junior year, and through 25 games this year, she has 360 points.
“She is very good at getting in the right place in the half-court game and makes things happen full-court as well,” said Rudesill.
Brown was named to the District 15AA regular season and tournament teams this past season. See below.