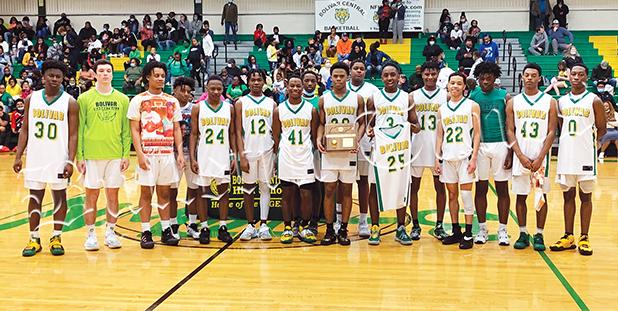 Bolivar (20-6) won their first district championship since 2012, defeating Fayette Ware 65-53 in the championship game at Bolivar Central High School on February 26. Senior Jaquan Lax was named tournament MVP and he was joined on both the tournament and regular season teams by seniors Isaiah Perry, Toris Woods, and Trey Henderson. Head Coach Rick Rudesill was named co-coach of the year.
Bolivar’s 82-44 win over Haywood County on March 2 in the region semifinal is the first region final Bolivar has made since 2011 and gave them their first 20-win season since 2012.