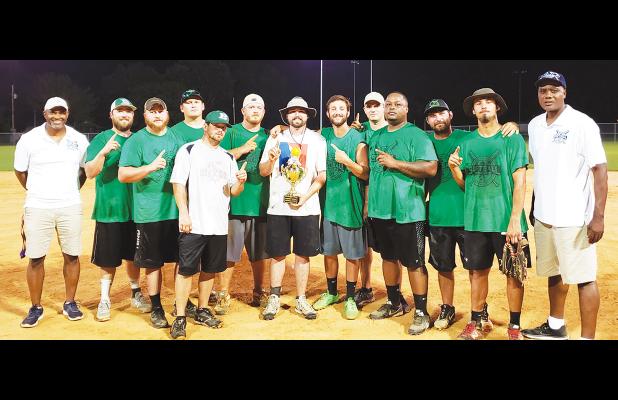 Bolivar defeated Middleton 16-15 in a slow-pitch softball game featuring alums from both Bolivar Central and Middleton High School on July 20 at the Bolivar City Park in front of a crowd of more than 200 people, according to organizers Ken Griggs and James Burkley.
The game ended a day of softball that began with a team from Jackson defeating both Middleton and Bolivar teams prior to the game between the two county clubs, with the game versus Bolivar ending on the final at bat on a walk-off home run.
A cook-out and concessions were offered during the day.
The Hardeman County Classic Trophy will be held by Bolivar’s Justin Campbell for the year.