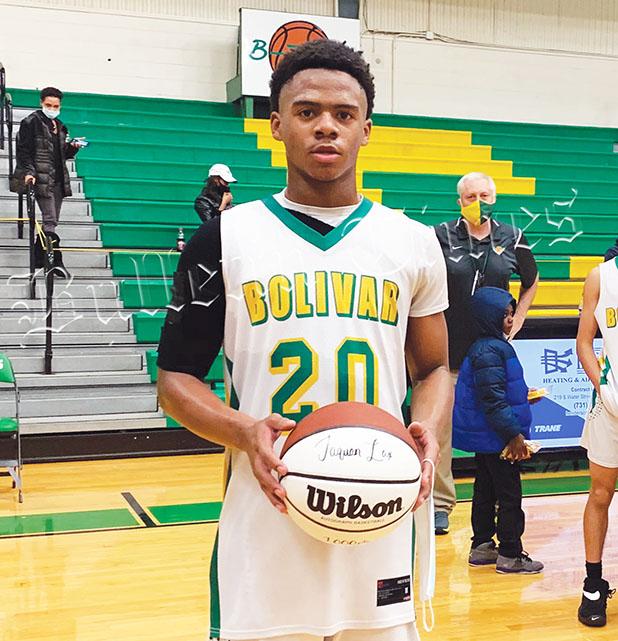 With two free throws in the closing moments of Bolivar’s 70-58 win on December 1 against McNairy Central, Bolivar Central Senior Guard Jaquan Lax joined the 1,000 point club at Bolivar Central.
“I’m proud of him,” said Bolivar Central Head Coach Rick Rudesill. “He has started since he was a freshman and we knew this day would come.”
Lax, who had 25 points to lead Bolivar on the night, had 196 points his freshman season, 290 in his sophomore year, and 435 last season and scored the 99 he needed in his first six games of 2020-2021. In addition, Lax has been a team player, leading the team in assists each year and has not yet led his team in scoring for a full season.
Lax joins 2020 graduate Jeff Norment in the 1,000 point club and could be joined by another teammate this season as Senior Toris Woods has 664 points in his career through the McNairy contest.
•••
The Bolivar Central Lady Tigers beat McNairy for the first time since 2017, winning 52-47. Senior Carly Daniel led Bolivar with 21 points and 7 rebounds, while Senior Brionna Brooks had 15 points and 7 rebounds.
•••
Middleton dropped a pair of games on Tuesday night, falling 46-13 in the girls game and 51-43 in the boys game to Corinth, MS.