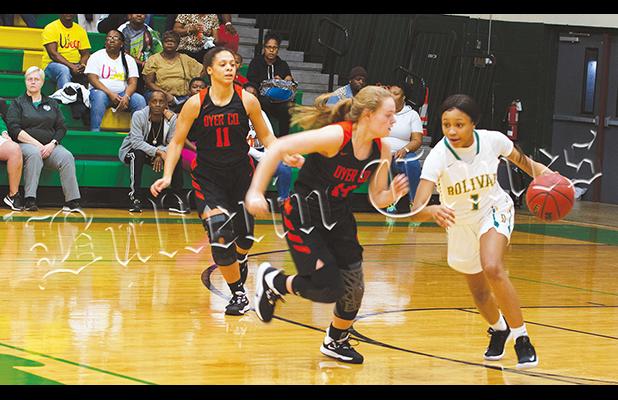 Bolivar Central began the 2019-2020 season facing Dyer County, but it almost didn’t happen.
A mixup with those who schedule officials for Bolivar had no striped shirts in the building at game time.
“We sent our schedule in, but this game didn’t get picked up,” explained Bolivar Head Coach Rick Rudesill. “I’m sure it’s happened before, but I don’t remember when.”
When they finally got things underway, the Lady Tigers found little that went right, falling behind 33-7 after one quarter enroute to a 75-31 loss. Phakara Sharpe led the Lady Tigers with six points.
•••
The boys game saw the Tigers get out to a quick start and lead 20-8 after one quarter, but Dyer County dominated play in the second quarter and pulled to within 37-35 at the half.
Bolivar spurted out to a 56-44 lead after three, but poor free throw shooting saw them have to withstand a final charge by the Choctaws, holding on for a 72-69 win.
Senior Jeff Norment led Bolivar with 23 points, while juniors Jaquan Lax with 20 and Toris Woods with 10 were also in double figures.
“We let them stay in it,” said Rudesill, speaking of his teams 11-28 shooting from the line.
It was the first time Bolivar had faced Dyer County since the finals of the 2009 Gibson County tournament. The two teams will meet again on December 3 in Newbern.