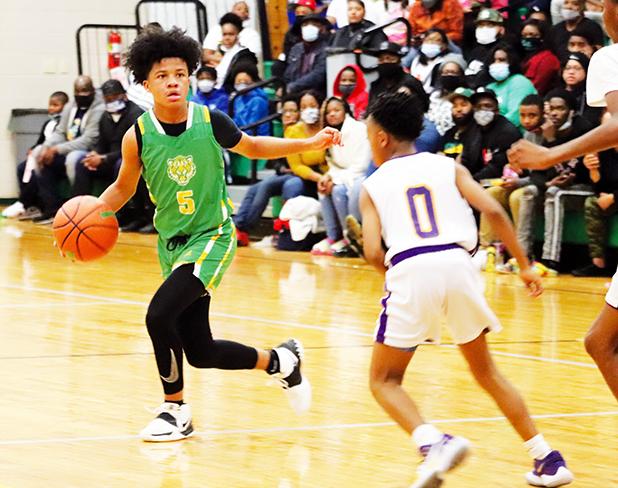 A trip to Murfreesboro for the Tigers will have to wait another year as Bolivar fell to Fayette West on January 4 at Bolivar Middle School.
Bolivar Middle School failed to handle the Fayette West press and trailed 10-0 early in the first quarter. The Tigers did manage to cut the lead to six in the fourth quarter, but fell 63-51 in the West Sectional Championship game.
The Tigers struggled to get shots off, particularly three-pointers, which has been their bread and butter throughout the season. Coming into the game, each team had a win over the other in the regular season, a December 10, 48-45 Bolivar loss at Bolivar, but with Bolivar leaving the regular season series at Fayette West on January 14, winning 55-50.
Elsewhere in the county, the Whiteville boys bowed out in the semifinal, losing 57-54 to Lake County, who fell to Humboldt in the final.
On the girls side, Middleton fell to Lake County, who lost to Ridgemont in the final game. On the girls side in Bolivar, Bolivar lost to Three Oaks, who lost to Martin Middle in the championship. The winners of each sectional advance to Murfreesboro for the final four. Last season, Bolivar finished third, winning the consolation game after falling in the first game.