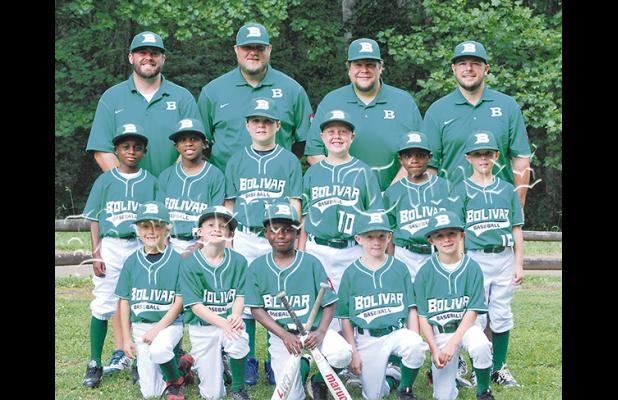 Four Bolivar All-Star teams will head to Southaven, Mississippi this week to take part in the Dizzy Dean World Series.
Leading the way are the State Champion Bolivar 12U All-Stars, who coached by Josh Clark, Jason Howell, and Mark Gilliam, are 11-2 during the all-star season. The 12U squad have won three tournaments this summer.
The Bolivar 12U team will begin play on Saturday.
•••
The Bolivar 10U team, coached by Darrell Teubner, Jerry Rhodes, Johnnie Vickers and Barbara Gammel will begin play on Saturday as well.
•••
The Bolivar 6U team will begin pool play on Saturday and are coached by Jonathan Hodge, Justin McMahan, Corey Madden, and Matthew Dorris.
•••
Beginning play on Thursday will be the 8U all stars. The 8U team is coached by Russ Kelly, Tim Malone, Stacey Swift, and Ryan Zawacki.