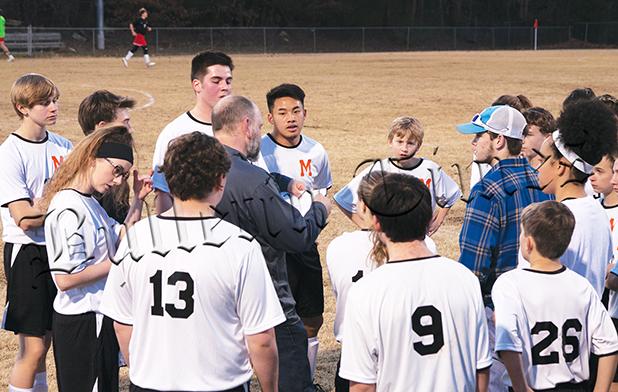 Middleton High School’s addition of a soccer program for 2017 began with a 4-0 loss to Fayette Ware in the opening match on March 20 and first year coach Steve Pickens says he and his program realize they will have growing pains.
“My only experience with coaching soccer comes from coaching my own children in youth leagues. However, I have been a fan and have followed the sport closely since the early 1980s. Since I came to Middleton, I have watched the city's youth leagues and noticed how popular they were with the students. I just felt like it was a sport which could prosper at the varsity level,” he said.
The team is co-ed and the TSSAA allows girls to play on the boy's team if there is no girl's team, but Pickens expects the competition to be mainly against teams of all boys.
“I'm looking at all 25 players as first year soccer players, and we have a young team which seems to indicate a bright future. Senior David Lor is the team leader and probably has the most experience at organized soccer. He is like having an assistant coach on the field. Our goal is to build a complete soccer program at MHS to include separate teams for girls and boys with each eventually competing for district championships.”
Middleton will face the Memphis Nighthawks on April 4.