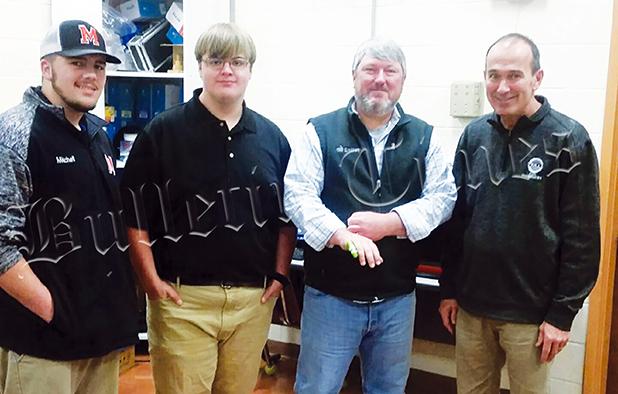 When Middleton High School CAD students began working with their new 3-D printer, they didn’t know they would make such a difference so quickly.
“We started by making spinners. We measured and worked on it and made spinners,” explained Middleton High School CAD Instructor Zeke Craft.
But while the spinners were fun, the use of the printer got more meaningful when the class took on a bigger project.
“My son works at the Co-op. He had a spinner that we had made and was talking to someone who had lost a finger and he said he had read online that prosthetic fingers could be made with a 3-D printer,” explained Craft. “We took a design he sent us. We catered it to his finger and made it fit to him.”
Craft said after a lot of work, the final product has been a success. “It gives him back that digit motion.”
Craft said about fifteen kids are involved in the program that uses the printer, but hopes that all his kids can use it.
“Kids get an idea of how industry works. They create a product and can then improve the prototypes,” he said. “In my CAD 2 and CAD 3 classes, the students make their own designs.”
“We are excited about the classroom technology improvements at our schools,” said Hardeman County Superintendent of Schools Warner Ross. “There’s definitely a value-added component of pride when our students use this technology to benefit our community and citizens. Mr. Craft and his team have done just that!”
Ross added that he had received word that Jacob Lumpkin, who was heavily involved in the prosthetic project, has received a full academic scholarship offer from Vanderbilt University.