Services for Tommy Allen Brooks, 76, of Bolivar were held Monday, Jan, 18, 2016 in the chapel of Shackelford Funeral Directors in Bolivar.  Burial was in Bolivar Memorial Cemetery.  Brother George Weaver officiated the service.  Mr. Brooks passed away Friday evening, Jan. 15, 2016.
A native of Chester County, he grew up in the Woodville community and had lived in Hardeman County for nearly 60 years. He was the son of the late Hollis and Abetine Tull Brooks and on Dec. 6, 1959 was united in marriage to Chloe Elizabeth Greene. They were married for 39 years before her passing on April 12, 1999.
He was a retired owner/operator in trucking and was Baptist in faith. In his spare time, he enjoyed his grandchildren, woodworking, old cars and was an avid western movie buff. 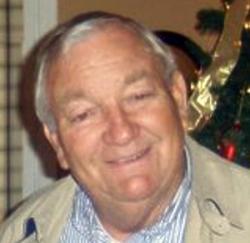