Memorial services for Herbert Earl Moore, Jr., age 61, will be held at 4 p.m. Saturday, Feb. 20, 2016 in the chapel of Lawrence-Sorensen Funeral Home with visitation from 3-4 p.m. before the service.
Mr. Moore died Tuesday, Feb. 2, 2016.
He was born on Dec. 29, 1954 in Bolivar, son of the late Herbert Earl Moore, Sr. and Elizabeth Louise Kelley Moore. He grew up an Army brat, living in Georgia, Kansas, Tennessee, Missouri and three different cities in Germany. Some of his fondest memories were of his high school years in Germany. He was a veteran of the United States Navy from 1972-1976 with an occupation of Medical Corpsman. He served as president of the Radiologic Technology Class at Jackson State Community College in 1985 and was a retired Radiologist from Jackson-Madison County General Hospital. 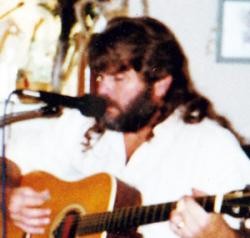