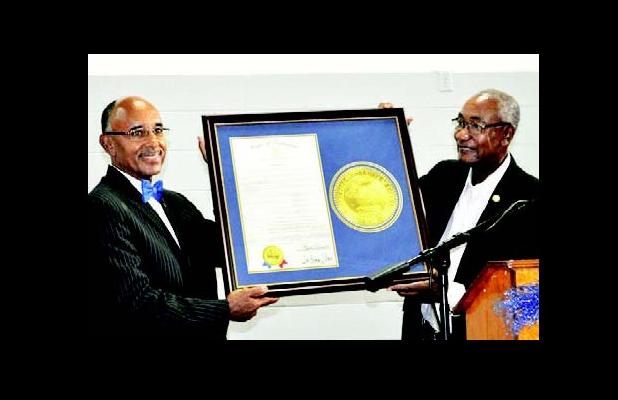 By Jennifer Smeltser “You didn’t lose the election, Hardeman County lost. You didn’t make a mistake, the voters made a mistake,” said Tennessee State Representative Johnny Shaw as he addressed the almost 200 people who gathered at the National Guard Armory on Saturday, August 23 to honor outgoing Hardeman County Mayor Willie Spencer. Shaw’s statement was met with loud applause from family members, friends and colleagues who came out that evening in support of a man who made history as the first African- American mayor to be elected in Hardeman County. Arrangements were made for Mayor Spencer and his wife Dixie to arrive in style in a white limousine, which was no reflection on his personality, but rather of the respect so many have for Spencer as county mayor, his character and his example as a Christian man. To view more please log in or subscribe to the digital edition. http://www.etypeservices.com/Bolivar%20Bulletin-TimesID502/